The 5 Best Treks For Beginners In India

Trekking can look intimidating, especially for us city folk leading our cushioned and comfortable lives. If you are a complete rookie like most others, preparing for your first trek can be quite a task – and it begins with choosing a trek route or destination which you will be able to manage. While there are plenty of beginner trails and treks across the country, here are a couple that can be recommended for beginners.

Keep in mind that beginner treks do not mean you can jump out of bed and start climbing a mountain the next day. These are routes which have a combination of relatively milder terrain, shorter trek times and ease of access. You will still need a bit of stamina-building and physical exercise to strengthen those muscles before you set off. Regardless, these are the relatively easy treks in India.

The Garhwal region in Uttarakhand is home to some of the most beautiful treks – some being wildly popular and others still undiscovered by tourists. Somewhere in the middle of this spectrum lies the Tungnath Chandrashila trek.

The trek usually starts from Chopta, which can be reached from Haridwar/Rishikesh via the Kund-Gopeshwar road. An uphill trek of about 3 to 4 kms from Chopta brings you to Tungnath. On the way lie wide green bugyals or meadows, where you can set up tents. If you are lucky, you may spot the elusive Himalayan Monal, the state bird of Uttarakhand, on this route. Once at Tungnath, you may pay your respects at the highest Shiva temple in India, and one of the five Panch Kedar points. From Tungnath, trek another 1.5km uphill to reach the Chandrashila peak (4000 m above sea level), which offers breathtaking views of peaks like Nanda Devi and Chaukhamba.

The entire journey can be completed in about 4 to 6 days. There is also an alternative trek route which takes you to Tungnath via Deoriatal. And while the routes are generally accessible all year round, the spring months between March and May are particularly favoured due to clear skies and bright rhododendron blossoms making things super pretty. 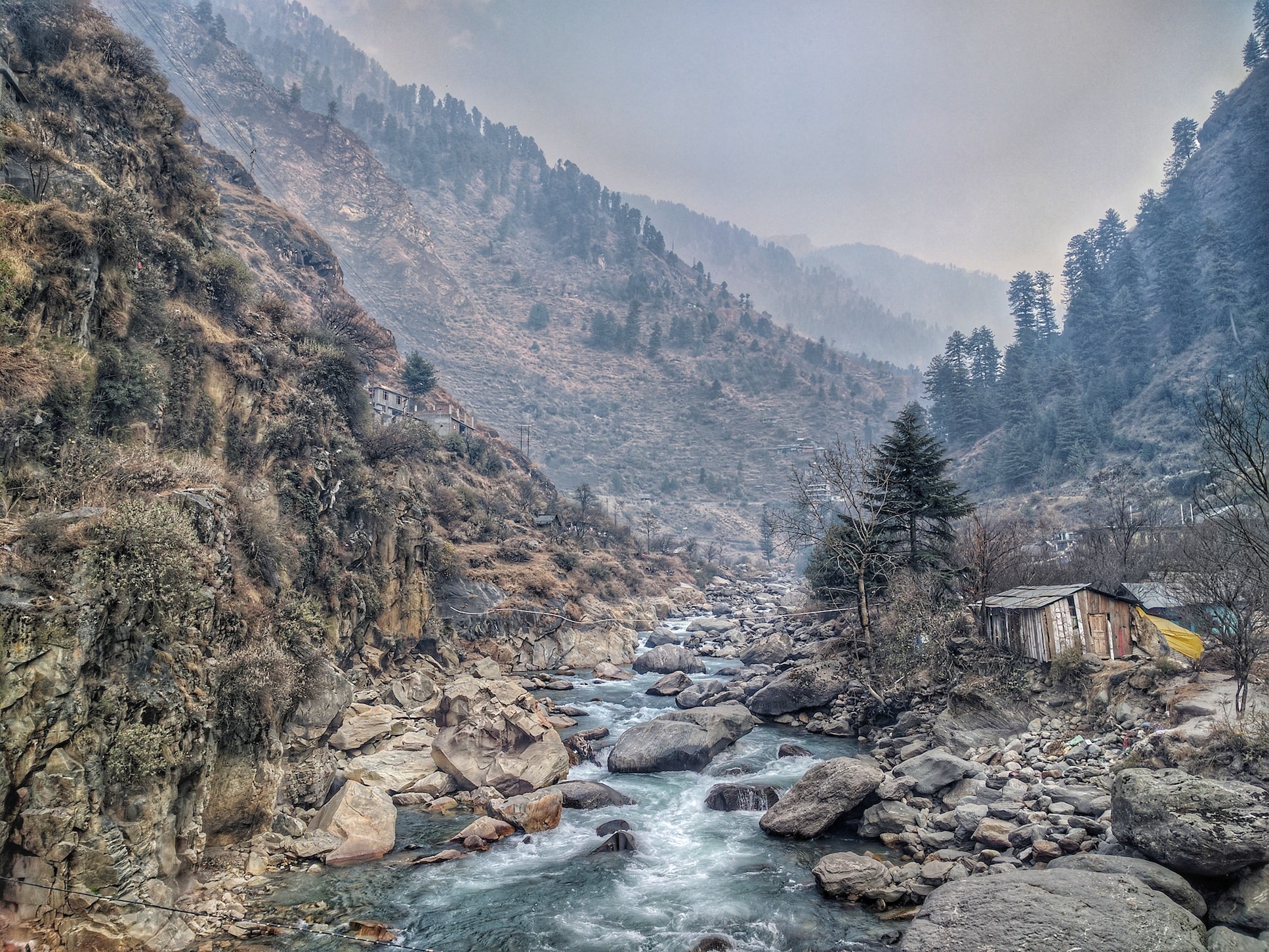 By now Kasol, Malana, Tosh and Kalga are common destinations for college trip circuits (and your friendly neighbourhood cannabis enthusiasts). But a name not usually heard is Grahan. This tiny Himachali hamlet also lies in the Parvati Valley, and can be reached after a day trek from Kasol.

For a not-so-popular trek, the route is surprisingly well marked for visitors, and the Grahan Nala or stream runs alongside for the better part of it. Always make sure to ask locals if you are going the right way though – they can be immensely helpful with tips about which bridge to cross or trail to follow so you do not come upon any risky or steep climbs. It is also advisable to leave from Kasol as early as possible so you can reach Grahan before sunset. There are plenty of traveller accounts on the Internet to consult for information as well. If you are still unsure, however, just book a spot with a professional trekking company which conducts a Grahan Village trek.

While Grahan has a handful of very affordable homestays, you can also choose to carry and hitch your own tents there. Alcohol is prohibited due to a local legend and it is best to respect that and not consume any during your stay. To keep Grahan from becoming polluted like Kasol and others, it would be nice if you can keep your trash to yourself too. 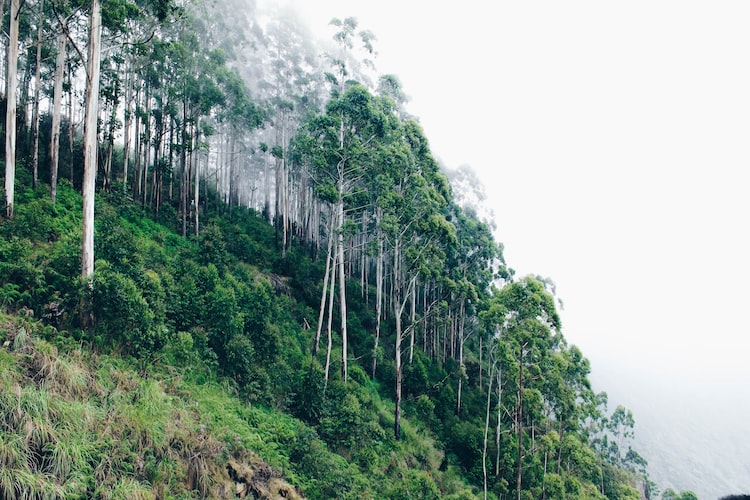 The mountain ranges of the north are not the only ones with beautiful trekking routes. There are lots to explore in the lush green hills of the Western Ghats too. Perumal Peak, situated about 18 kms from Kodaikanal, is one such destination, great for amateur trekkers looking for an adventure.

The base camp for the trek is the Perumal Malai village, which is around 11 kms from Kodaikanal, and well-connected by road. Perumal Peak stands at an altitude of 2,440 m, providing gorgeous scenic vistas to enjoy once you have climbed to the top. Although much of the route is a moderate climb, there are a couple of steep stretches. It should take about 6 to 8 hours to complete the trek. While most people choose to do it as a daytime activity, camping on the peak is possible too. It is best to sort out the relevant permissions and fees with the Forest Department.

The Perumal Peak trek is best done between the months of December to May. Monsoons should be avoided on account of slippery forest floors. It is also highly advised to start early so you can return before the sun sets over the hills. 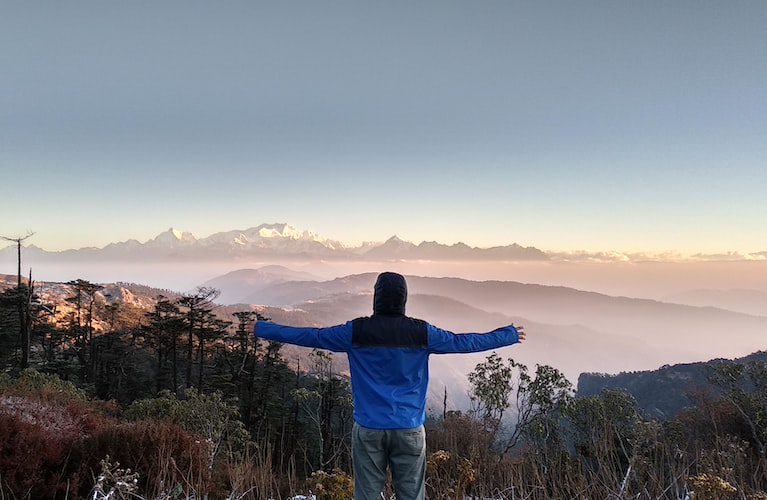 The snow-capped Eastern Himalayas also have plenty of hidden gems when it comes to trekking opportunities. However, a relatively well-known one is the trek to Sandakphu. What makes it special you ask? The summit is a viewing point for four of the five highest peaks of the world, namely Mt. Everest, Kanchenjunga, Makalu and Lhotse. Major traveller points to be gained here.

Situated in the district of Darjeeling, Sandakphu stands tall at a height of 3,636 m. It is the highest point in not just the Singalila range, but the state of West Bengal as well. The base of the trek is a small town called Manebhanjan, which is a taxi ride away from the New Jalpaiguri railway station or Bagdogra airport. Since the trek route passes through the Singalila National Park, trekkers will need to secure a permit from the Forest Department before they start. The entire trek takes anywhere between 4 to 6 days – which means a lot of walking, so it’s a good idea to stretch those legs a bit before setting off.

Besides the icy peaks of the mountains you will see at the end, there is a lot of flora and fauna to spot en route. The Singalila area is famous for its biodiversity, and if you are fortunate, you can catch a glimpse of creatures like the red panda on your trek. The best times to go to Sandakphu are either between April and May (plenty of spring blossoms) or between October to November (clear skies and occasional snowfall).

This is a short one-day trek you can do in “God’s own country.” Located in Wayanad, the Chembra Peak trek is perfect for city-weary travellers looking for a fresh supply of oxygen.

Chembra Peak can be reached after an uphill climb of about 3 hours. On this way lie seven more hills which need to be crossed as well as the fascinating “hridayathakadam”, which is a perennial lake in the shape of a heart! Since the area is part of the coastal ghats, the trek route moves through acres of forests and plantations. The trail is well-marked and can be covered both solo and in a group, but hiring a local guide is advised. The route is also open throughout the year, although monsoons and muddy slopes are always a risk.

The trek to Chembra Peak does require a paid permission from the Forest Department which can be acquired on the spot. There are also fixed timings – 7 am to 2 pm – so like most other treks, an early start is recommended so that you can allow yourself plenty of breaks on the way. There are also strict rules about plastic disposal as part of their policies for responsible ecotourism.

Your Doggo Deserves Ice Cream Too!

Your Doggo Deserves Ice Cream Too!...

All The Controversies Surrounding The 2019 Elections

All The Controversies Surrounding The 2019 Electio...

A Piece Of Peace, Borong Is Lovely For An Offbeat Vacation

Trek To The Highest Sikh Shrine In The World

Stop To Smell The Valley Of Flowers