Our Ladies Are Ruling The Red Carpet Once Again At Cannes!

Cannes you feel the heat?

I have news for all you plebs sweating in the scorching heat of Delhi, I am in Cannes! Yes! I escaped the heat and decided to stroll along the pristine beaches of Cannes. The world famous film festival has started as well, and no, I am not stealing the thunder from our bevy of Indian actresses representing their make up brands and so on. So while I lounged on the beach chair, gossip found its way to me, I tell you! Kitty is never on a break. Once I learnt that Priyanka Chopra, Diana Penty, Hina Khan are making their Cannes debut along with the regulars: Aishwarya Rai, Deepika Padukone, Sonam Kapoor, Kangana Ranaut, Huma Qureshi and Mallika Sherawat, I ran! I left my husband and my Sex On The Beach on the beach to find myself the perfect dress to go see these ladies in action on the red carpet. I am glad to say that the ladies did not disappoint us at the French-Rivieria! Come take a virtual peek through my binoculars and watch them dazzle the world. A word of caution though, wear your sunnies, the flashes of the cameras are blinding, I am used to it, you aren’t!

This pretty lass achieved a different level of stardom after being cast as the legendary vamp Komolika in Ekta Kapoor’s relaunched soap, Kasautii Zindagii Kay. She made the television industry proud by unveiling the first look of her debut film, Lines at the film festival. When the time arrived for her to woo the photographers, she did it with aplomb and how! Dressed glamorously in a Ziad Nakad creation, Hina was dripping in silver. The see-through floor length gown with a dramatic plunging neckline did wonders for her red carpet debut. Her make up was classy. Coloured in natural pink lipstick, her lips complemented the wonderful turquoise eyeshadow. See it for yourself!

Her outspoken demeanour in recent times might be rubbing people the wrong way, however her sartorial fashion at the Cannes red carpet is winning hearts. The Queen wore a beautiful gold Kanjeevaram sari styled with a twist. While the beautiful gold drape is from Madhurya Creations, the Victorian corset blouse has been designed by the famous fashion duo Falguni Shane Peacock. Her outfit screamed drama with her plum coloured gloves and an elegant ring. Her hairstyle too complemented her fusion outfit beautifully. The curls with shimmery eyes and nude lips completed the look.

Our global Desi Girl’s much awaited debut at the Cannes Film Festival was nothing short of epic. Before she unveiled her look for the red carpet, she uploaded photos of three fashion icons: Princess Diana, Sophia Lauren and Grace Kelly, attending the Cannes festival in the past. Sparking rumours that her look would possibly be inspired by them fashion heavy weights. While her pearly white outfit does remind us of Princess Diana, her red carpet outfit had a charm of its own. The Roberto Cavalli shimmery black and red strapless gown accentuated her curves while she proudly did a namaste to the paparazzi going cray cray papping her! Her hair in soft waves were a far cry from her recent mad hatter hairstyle at the Met Gala 2019! 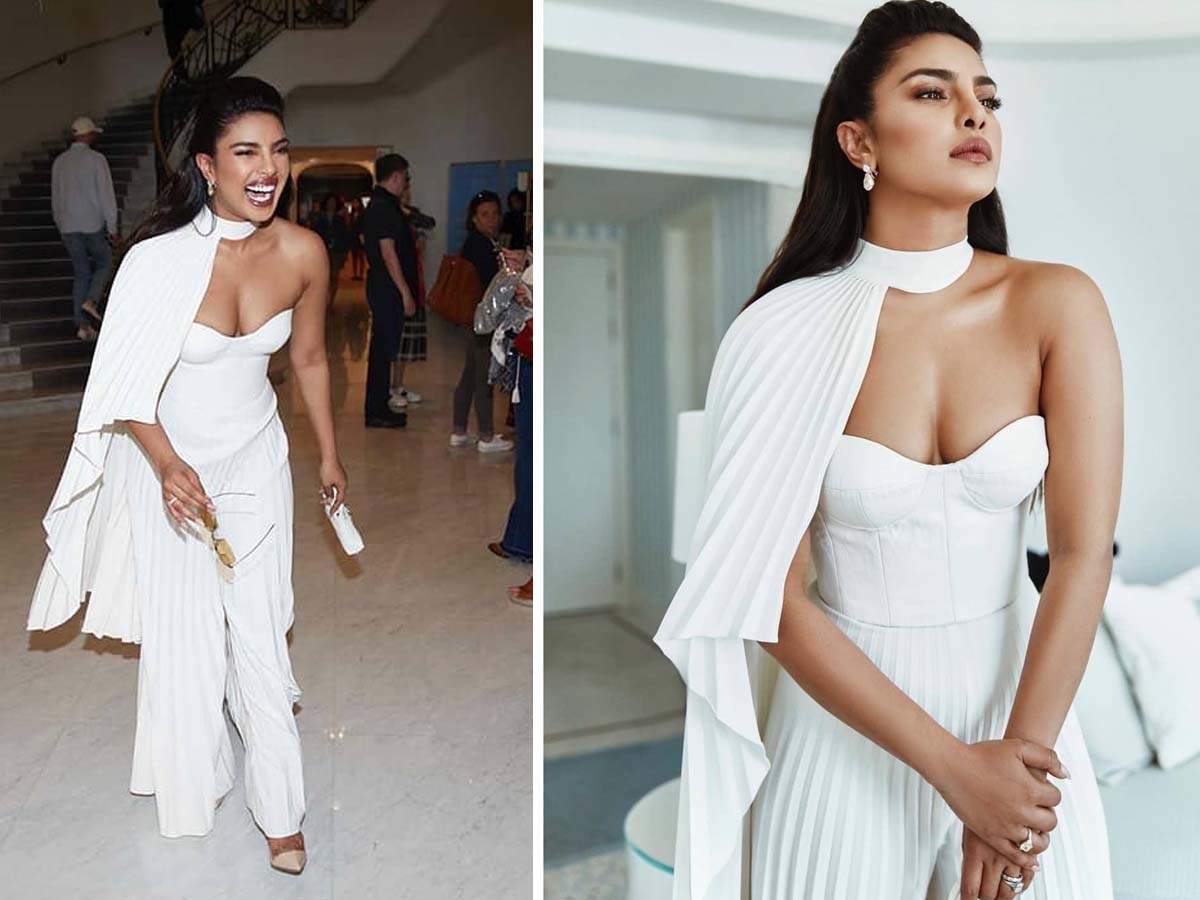 Our nation’s sweetheart ruled the red carpet at the Cannes Film Festival again. Her dramatic puffed cream gown by Peter Dundas sported a thigh-high slit and a huge brown bow making it a hit amongst fashion critics worldwide. A dramatic high ponytail and heavily kohled eyes accompanied the long train of her dress. The glamazon beauty glided through the festival shooting flying kisses to all her admirers, I am sure her hubby dear caught one sitting seven seas away, I know I did! 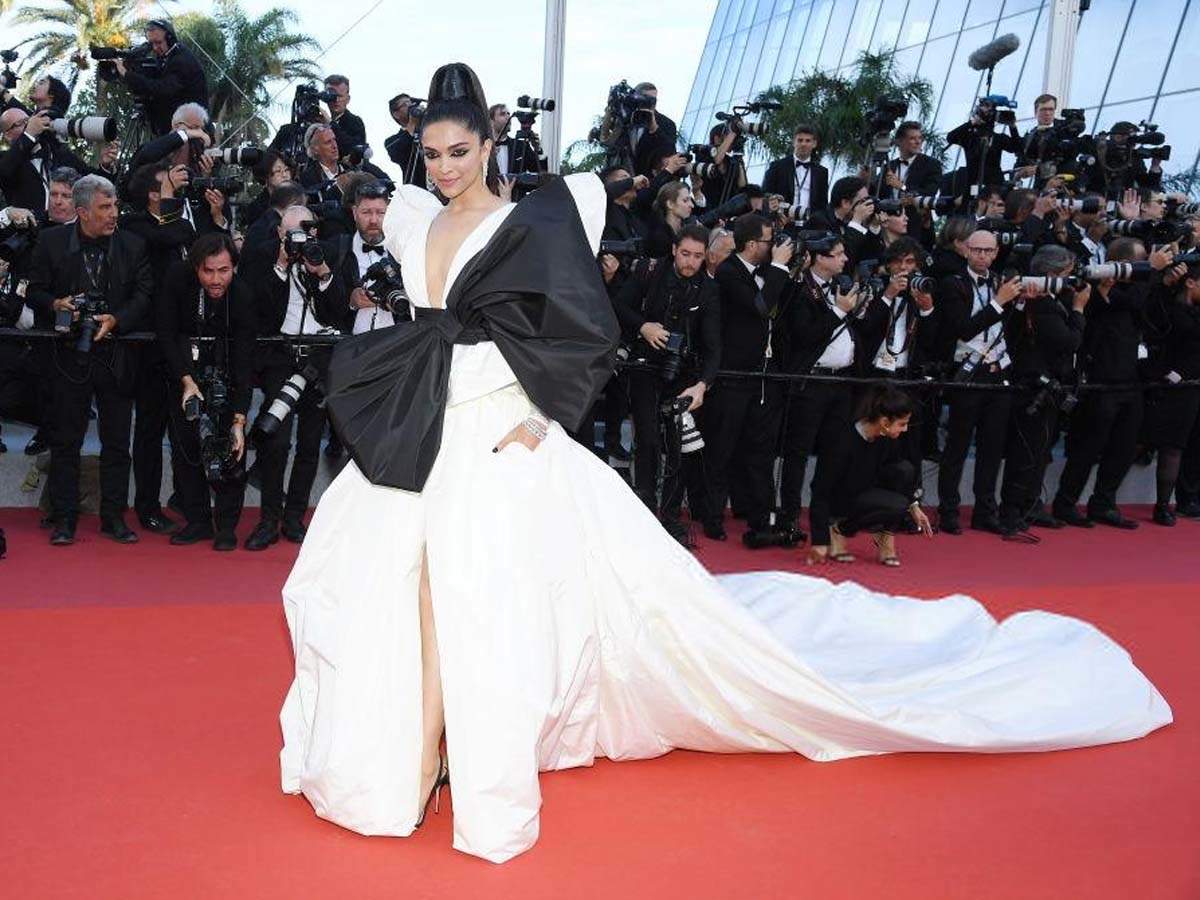 I am now waiting for the other girls to come and sashay down that red carpet while you can hold my binoculars and keep looking! Meow!

Eating Light? Try Your Hand At These Fun Summer Salads

Eating Light? Try Your Hand At These Fun Summer Salads...

Our Favourite Grumpy Cat Aka Bakchod Billi Is No M...