Who Is Asia Bibi? Read Her Full Story

Nearly 48 kilometres away from Lahore, in a small village of Ittan Wahi, situated in Sheikhpura District of Punjab, Pakistan- lives of several people were on the brink of change. A normal day where the sun lashed down on its inhabitants, several women were working as farmhands in a berry farm till an argument broke out. This argument set in motion a chain of events that brought an avalanche of chaos in Asia Bibi’s life.

Asia Noreen was born and raised in this village where she worked as a farmhand. Her husband, Ashiq Masih, a brick labourer was married once before with three children and had two more with Asia. Since Asia and her family were the only Christians in Ittan Wahi, there were several instances in her life where the locals appealed to her to convert to Islam.

The fateful day in 2009 when Asia was harvesting Falsa berries in Sheikhpura, she was asked to fetch water for the group of farmhands she was working with. Once she filled the water, Bibi used an old metal cup next to the well to quench her thirst under the scorching sun. Watching her drink, Musarat, a neighbour involved in a long running feud with Noreen’s family about some property damage angrily accused her of breaking a rule. Christians are forbidden to drink from the same utensil used by the Muslims. Musarat along with several other workers accused her of being unclean because of her religion, an important fabric of her identity. Several derogatory comments about Christianity were hurled at Bibi and the demand for her to convert to Islam ensued. Asia Bibi like any other proud Christian tried to defend her religion against angry group. According to Christianity Today, Bibi said “I believe in my religion and in Jesus Christ, who died on the cross for the sins of mankind. What did your Prophet Mohammed ever do to save mankind? And why should it be me that converts instead of you?” 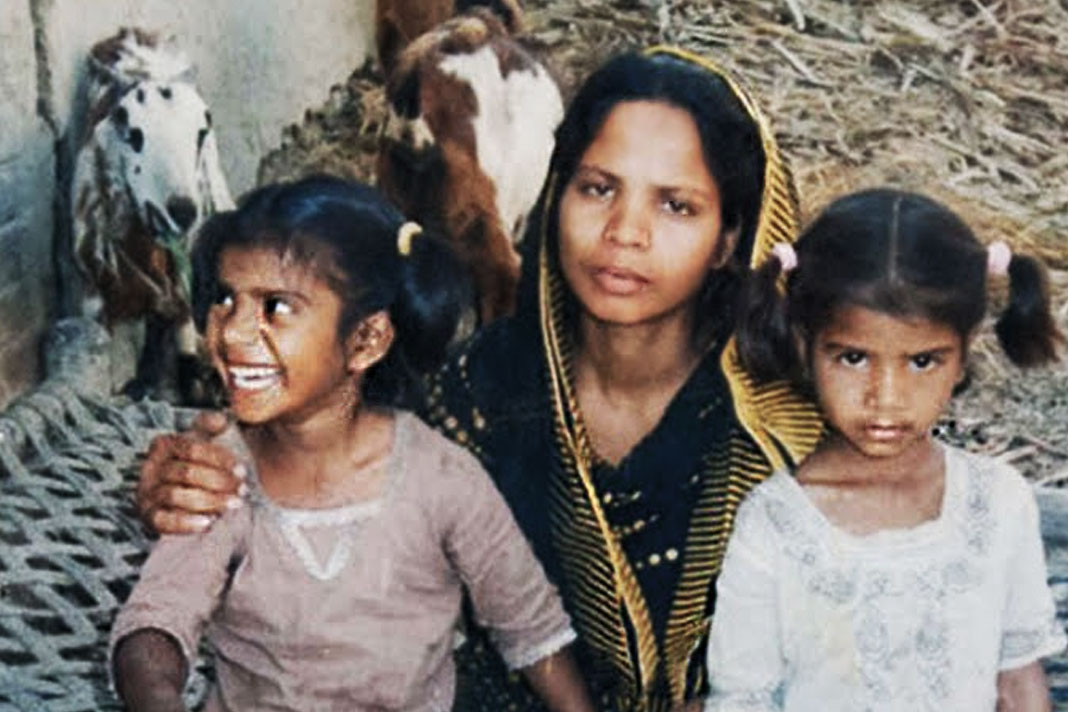 Asia Bibi with her children

Hearing a Christian talk like this flared up the burning embers in all surrounding her, a mob soon entered her house, beating her and members of her family before the police came to arrest her. The investigation started and Asia Bibi was booked under the Section of 295 C of the Pakistan Penal Code. It is the main criminal code of Pakistan that punishes blasphemy against any recognised religion, providing penalties ranging from hefty fines to even death. It has been recorded that from 1967 to 2014, over 1,300 people have been accused of blasphemy and many people accused of the same have been murdered before their trials were even over.

Various statements started to trickle into the Pakistani media, many not in favour of Asia Bibi. A local police officer Muhammad Ilyas claimed in an interview with CNN that Asia said ‘the Quran is fake and your prophet remained in bed for one month before his death because he had worms in his ears and mouth. He married Khadija just for money and after looting her, kicked her out of the house”. The blasphemy was also reported to the village Imam Qari Muhammad Salim and he claimed Asia Bibi confessed and apologised to him. This story was in its infant stages when these ‘statements’ started to appear. The Asian Human Rights Commission released a letter that stated:

'Five days after the incident, a local Muslim leader, Qari Salim, jumped into the matter and pressured some people

in the area to claim that she committed blasphemy. When finding no way to get Ms. Bibi to confess, Salim used the

loudspeakers of the mosque, as other Muslim leaders usually do in the cases of alleged blasphemy acts, to spread the

beat her severely in the presence of her children.'

Asia Bibi was imprisoned for over a year before formal charges were levied against her. A year later when Asia Noreen Bibi’s case was brought forward to Judge Muhammed Naveed Iqbal of Sheikhpura, he found her guilty and sentenced her to death by hanging and also imposing a fine of 1,55,776 Pakistani Rupees. This verdict cemented her as the first woman to be condemned to death in Pakistan on charges of blasphemy. Catholic Herald reported her state of mind in her own words,

‘I cried alone, putting my head in my hands. I can no longer bear the sight of people,

full of hatred, applauding the killing of a poor farm worker. I no longer see them, but I still hear them,

the crowd who gave the judge a standing ovation, saying, ‘Kill her, Kill her! Allahu Akabar!’

The court house is invaded by a euphoric horde who breaks down the doors, chanting: “Venegance for the holy prophet.

Allah is great!” I was then thrown like an old rubbish sack into the van..I had lost all humanity in their eyes’

Asia Bibi was put in solitary confinement in an 8-by-10 foot cell with no windows at the Lahore Prison while her family confined themselves to the house out of fear of being killed. Her husband, Ashiq Masih ran from pillar to post announcing that he wished to appeal to higher courts. Even though Bibi was in solitary confinement for her own safety, she was physically abused by prison guards, was in a frail condition and was constantly threatened by other inmates often bringing out the fear in her well-wishers. Salmaan Taseer the governor of Punjab would often visit Asia Bibi along with his wife and daughter. They were staunch supporters of hers and yet Asia Bibi’s hearing was delayed five times.

The blasphemy charges against Bibi and the case started to form a divide amongst the people of Pakistan. Pakistani Human Rights Watch researcher Ali Dayan Hasan was of the viewpoint that blasphemy laws are often used in various ways to intimidate, coerce, harass and prosecute a person and he thought of the law as discriminatory and abusive. Punjab Governor Salmaan Taseer along with the Minister of Minority Affairs Shahbaz Bhatti publicly defended Asia Bibi. Bhatti even went to the extent of saying that he would knock every door of justice on her behalf and will take all steps as required to protect her. Unfortunately, both these staunch supporters of Asia Bibi were assassinated. On January 4, 2011, Salmaan Taseer was killed by Malik Mumtaz Hussein Qadri, a 26 year old member of his security team because of his defence of Noreen and opposition to the blasphemy law. His assassinator was sentenced to death and was hanged on 29th February 2016. Shahbaz Bhatti was first met with death threats in June 2010 when he was told he would be beheaded if he attempted to bring a change in the very same law that was being used against Asia Bibi.  A year later, on March 2, 2011, he was shot dead by gunmen near his residence in Islamabad. He was the only Christian member of the Pakistan Cabinet. Needless to say, Asia Bibi was devastated upon learning the two men who could be her messiah of hope and freedom, both were killed fighting her cause.

While Pakistan was embroiled in this controversy, international watchdogs and countries were outraged. They were all of the opinion that matters were out of hand and started to appeal to the government to pardon Asia Noreen Bibi. Pope Benedict XVI too called for clemency for Noreen, he publicly described his ‘spiritual closeness’ to Noreen and urged that human dignity and fundamental rights be respected. Many countries such as Italy, France, United Kingdom and Canada offered asylum to Asia Bibi and her family on her release, but that was still a distant dream for them.

Unfortunately, the Lahore High Court too dismissed Noreen’s appeal on the 16th of October 2014 and upheld her death sentence. On 20th of November 2014, Asia Bibi’s husband appealed to President of Pakistan for clemency. Four days later on the 24th of November 2014 Ashiq Masih and the lawyer defending Asia appealed to the Supreme Court of Pakistan. 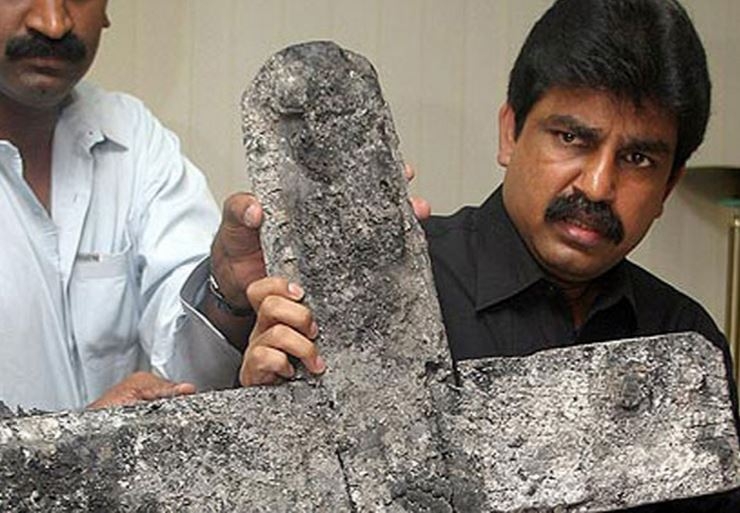 Nearly a year later Asia Bibi’s death sentence was suspended for the duration of the appeal process and the Supreme Court sat down to hear her case on March 26, 2016 only to have it rescheduled for October 13 that year. This was however not the only roadblock in the case; on the day of the rescheduled hearing one of the bench judges refused to be a part of the case. However after many obstacles, on October 31, 2018, the Supreme Court freed Asia Bibi; yet her struggles were far from over. The public was in furore and a bounty of 5,00,000 Pakistani rupees was placed on Asia Bibi. She was taken to a secret destination to be kept safe. Soon after, the Government of Pakistan signed an agreement with a political party called Tehreek-e-Labbaik who was instrumental in protesting against Asia Bibi. The agreement barred Asia Bibi from leaving Pakistan and put her on a no fly list. Countless protests in the country and many appeals later, on March 8, 2019, Asia Bibi successfully reunited with her family in Canada while her lawyer went away to Europe because he was meted out threats in the duration of the trial as well.

Did Rakhi Sawant Just Buy An Award Or Is This For Real?

Did Rakhi Sawant Just Buy An Award Or Is This For ...

These Two Frogs Just Got Married! What’s Your Excuse?

The Man Who Brought A Forest Back To Life